Hey, everyone!
I’m excited to participate
in the Children’s Author Blog Hop. What’s a blog hop? Authors answer four
identical questions and then invite three more kidlit authors to join in. I was
delighted to be asked by my friend and fellow children’s author LAURA SASSI.
Here’s a bit about her:

Laura is a children’s
writer and former teacher. Her poems, stories, articles and crafts have
appeared in many publications including Highlights for Children, Cricket,
Ladybug, Spider, Focus on the Family’s Clubhouse and Clubhouse
Jr., FamilyFun, and Pack-O-Fun. She has a passion for playing with
words and rhyming and is delighted to announce that her first picture
book, GOODNIGHT, ARK, will be published by Zonderkidz, a Harper Collins Company
and is scheduled to debut in August 2014. She is represented by Lara Perkins of
the Andrea Brown Literary Agency. Laura writes from her century-old home
in New Jersey where she lives with her awesome husband, two adorable kids, and
a black cockapoo named Sophie. She can be found on the web at:  www.laurasassitales.wordpress.com.
Thanks for asking me to participate, Laura! Here are my answers to the four blog hop questions.
WHAT ARE YOU WORKING ON
RIGHT NOW?
I’m always thinking of a
new story, writing a new story, or thinking of and revising an old one. Lots of
times I’m doing all of those things at once. It’s good to have several projects
percolating! Right now I’m brainstorming an ending to a picture book I thought already had an
ending. Turns out, I was wrong! Endings are tough and soooo important! I’ll
stick with it until it’s just right.
HOW DOES IT DIFFER FROM
OTHER WORKS IN THE GENRE?
The concept of this
particular picture book is what sets it apart. And the main character is
atypical, some might say quirky.
WHY DO YOU WRITE WHAT YOU
DO?
I love writing poetry, and
writing picture books is a lot like writing poetry, whether the texts rhyme or
not. Picture books are partly about choosing the very best word to propel the
story and partly about letting the illustrations do their thing. I love that
combination. I write for kids because I still remember what it feels like to be
a kid. I had a great childhood. I love the innocence of childhood, all the
possibilities and awe that come with being new to the world.
WHAT IS THE HARDEST PART
ABOUT WRITING?
Getting the endings right!
Also, finding just the right editor/publisher for my work can be challenging.
Thank goodness I’ve got an agent to help me with that! [Shout out to Kathleen
Rushall! Woot!]
Without further ado,
please join me in celebrating the following three fabulous children’s authors. 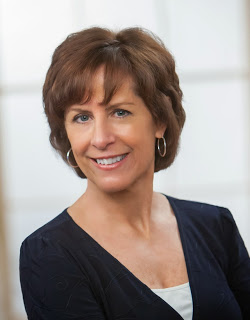 NANCY VIAU is the author
of two nature-inspired picture books:  Look What I Can Do!, which School Library Journal calls
“wonderfully expressive” and “a gently affirming tale perfect for
parent-and-child sharing,” and Storm Song, a fun read-aloud filled with rhythmic text thatcaptures
the excitement of thunder, lightning, and rain. Viau
is also the author of the middle-grade novel Samantha Hansen Has
Rocks in Her Head. She lives
with her family in New Jersey, but loves to travel anywhere her frequent
flyer miles take her. You can follow Nancy at http://www.nancyviau.com/.

PAUL CZAJAK got an
‘F’ with the words “get a tutor” on his college writing paper, and after that
he never thought he’d become a writer. But after spending twenty years as a
chemist, he knew his creativity could no longer be contained. He his first picture
book, Monster Needs A Costume,
illustrated by Wendy Grieb was recently released through Scarletta
Kids.  This is the first picture book in the Monster & Me
series (all of which will be illustrated by Wendy), with the second, Monster
Needs His Sleep due April 2014 and then Monster Needs A Christmas Tree set
for September 2014.  He has also recently signed a contract for Seaver
the Weaver which will be illustrated by Ben Hilts of The Hilts
Brothers and is planned for April 2015. Living in Massachusetts
with his wife and two little monsters, Paul has rediscovered his passion for
writing and looks forward to sharing his stories for years to come. Catch up with Paul at http://paulczajak.com/. 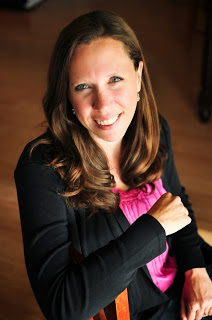 AMY DIXON grew up as one
of seven siblings, so the only peace and quiet she ever got was inside a book.
Once she had her own kids, she rediscovered her love for picture books at the
public library. It was the one place she knew all four of her kids would be
happy . . . and quiet. She writes from her home in Clovis, where she lives with
her four little inspirations and her marathon-running husband, Rob. MARATHON
MOUSE is her first picture book. Her second picture book, SOPHIE’S ANIMAL
PARADE, will be out from Sky Pony Press in Fall 2014. Find Amy online at http://www.amydixonbooks.com/.